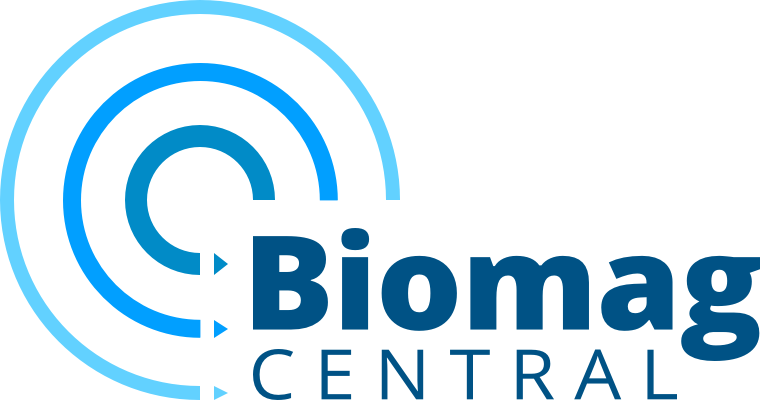 The Educational Resources guides you to the manifold teaching material on MEG in general and the analyses of biomagnetic signals in particular. This includes everything from textbooks over current journal article to online lectures, and will put you in the position to find material to study the bacic and applications of biomagnetism.

Getting Started with MEG

Abstract: Magnetoencephalography (MEG) is measured above the head, which makes it sensitive to variations of the head position with respect to the sensors. Head movements blur the topography of the neuronal sources of the MEG signal, increase localization errors, and reduce statistical sensitivity. Here we describe two novel and readily applicable methods that compensate for the detrimental effects of head motion on the statistical sensitivity of MEG experiments. First, we introduce an online procedure that continuously monitors head position. Second, we describe an offline analysis method that takes into account the head position time-series. We quantify the performance of these methods in the context of three different experimental settings, involving somatosensory, visual and auditory stimuli, assessing both individual and group-level statistics. The online head localization procedure allowed for optimal repositioning of the subjects over multiple sessions, resulting in a 28% reduction of the variance in dipole position and an improvement of up to 15% in statistical sensitivity. Offline incorporation of the head position time-series into the general linear model resulted in improvements of group-level statistical sensitivity between 15% and 29%. These tools can substantially reduce the influence of head movement within and between sessions, increasing the sensitivity of many cognitive neuroscience experiments.

Abstract: Magnetoencephalography (MEG) is a noninvasive technique for investigating neuronal activity in the living human brain. The time resolution of the method is better than 1 ms and the spatial discrimination is, under favorable circumstances, 2-3 mm for sources in the cerebral cortex. In MEG studies, the weak 10 fT-1 pT magnetic fields produced by electric currents flowing in neurons are measured with multichannel SQUID (superconducting quantum interference device) gradiometers. The sites in the cerebral cortex that are activated by a stimulus can be found from the detected magnetic-field distribution, provided that appropriate assumptions about the source render the solution of the inverse problem unique. Many interesting properties of the working human brain can be studied, including spontaneous activity and signal processing following external stimuli. For clinical purposes, determination of the locations of epileptic foci is of interest. The authors begin with a general introduction and a short discussion of the neural basis of MEG. The mathematical theory of the method is then explained in detail, followed by a thorough description of MEG instrumentation, data analysis, and practical construction of multi-SQUID devices. Finally, several MEG experiments performed in the authors' laboratory are described, covering studies of evoked responses and of spontaneous activity in both healthy and diseased brains. Many MEG studies by other groups are discussed briefly as well.

Abstract: A 122-channel d.c. SQUID magnetometer with a helmet-shaped detector array covering the subject's head has been operational in the Low Temperature Laboratory of the Helsinki University of Technology since June 1992. The new system allows simultaneous recording of magnetic activity all over the head. The probe employs 122 planar first-order thin-film gradiometers in dual units with two exactly orthogonal channels at 61 measurement sites. The performance of the device is analyzed and compared with more conventional axial gradiometer arrays by considering signal-to-noise ratios, spatial sampling theory, confidence intervals for the estimated equivalent current dipole positions, and information-theoretical channel capacity. The signal-to-noise ratio and the resolution of the planar and axial arrays with the same number of channels are found practically equal. The number of channels and their spacing in our new Neuromag-122 system are found fully adequate for neuromagnetic measurements. An example of whole cortex recordings of auditory evoked brain activity is presented and analyzed.

2009 Christoph Braun was giving a talk on 'Physiological and Physical Basis of MEG'.

(talks to be uploaded early September...)

This seminar is part of the Jones Seminars on Science, Technology, and Society series